Home > Blog > Pre-Tax vs. Roth Contributions: What’s Best for You?

Pre-Tax vs. Roth Contributions: What’s Best for You? 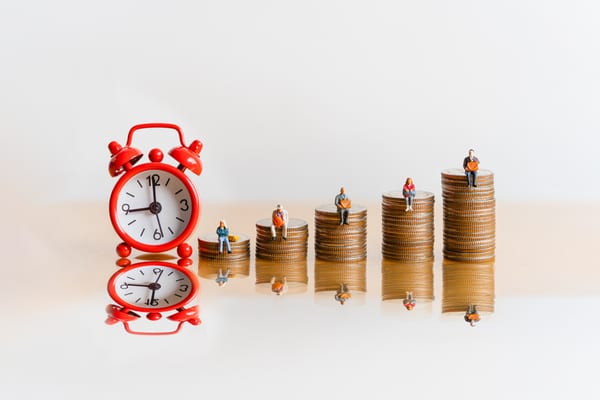 We love that you’re saving for retirement and that your company has set up a tax-preferential retirement option for you. Better yet, this often comes with a company match—free money! If you’re here, you’re probably wondering which form of savings to choose. There’s a traditional, pre-tax option or a Roth, and it’s either a 401(k) or a 403(b). We’ll help you with this decision.

First, the type of retirement account your company offers is based on the organization type:

Within each account type, your company may offer two contribution types:

Like most financial decisions, choosing one versus the other (or a mix of both) can be intimidating—no one wants to make the “wrong choice.” So let’s walk through the differences and some considerations you might want to make during your decision.

Please note: this is going to be the basics. There are a lot of options and moves you can make to optimize your exact personal situation. Working with a financial advisor will help you make the most of your money.

The Similarities Between Roth and Traditional 401(k) Savings

To make sure we have our feet underneath us, let’s get started by talking through what’s the same between these two savings types.

The Difference Between Pre-Tax and Roth Contributions

The difference between the two savings options is how they’re taxed. Both are tax-preferenced retirement accounts, so you’ll get a tax benefit, but you’re choosing when to take that benefit: now or later.

When you choose to make Roth contributions, you’ll contribute to your account with after-tax dollars. This means you will pay taxes on the money the year you earn it, and you won’t benefit from any tax advantages at the time you contribute.

When you invest traditionally, you’ll contribute with pre-tax dollars. This means you won’t pay taxes on the money now. In fact, your tax burden will be lowered the years you contribute because that income will go straight to your retirement account. Instead, you’ll pay income taxes on your withdrawals. How much you’ll pay depends on your tax rate at that point.

And yes, you’ll pay taxes on both the initial investment and your earnings when you withdraw. There are some savvy moves you can make to avoid taxes, like net unrealized appreciation and tax-loss harvesting, but you’ll want to work with a financial advisor on them. They are complicated enough you don’t want to go solo.

How to Decide: Pre-Tax vs. Roth

When a 401(k) or 403(b) retirement plan offers both pre-tax and Roth as deferral sources, employees like you can usually choose pre-tax, Roth, or a combination of both savings types. These are separate sources of money to save within your retirement plan account.

Here are some considerations to factor into your decision:

Age isn’t the best way to choose your retirement vehicle

It’s super common to advise younger people to invest through a Roth savings option, whether that’s an IRA, a 401(k), or a 403(b), because it’s generally assumed that younger people are in a lower income tax bracket than they will be later in their careers. Another benefit for younger folks is that they can take advantage of the compounding interest, knowing that all that growth is tax-free.

But the relationship between age and tax bracket isn’t quite that simple. We’d rather talk about your tax rate now compared to your expected withdrawal tax rate. We also like to consider this question annually and think about diversification, since contributing to your retirement isn’t an all-or-nothing decision, nor is it a once-and-done decision.

It’s not a given that you’ll be in a lower tax rate now than in the future. You might be—tax rates are relatively low right now, and if you’re earning less than you will later, you’re likely in a lower tax bracket. But, there’s no guarantee that’ll be the case in the future. Investing in both traditional and Roth savings through a 401(k) is one way to hedge against an inaccurate prediction about your future tax rate.

Additionally, it’s becoming more and more common for employers to offer a Roth option, so even if you’ve had a pre-tax retirement account for decades, you might be encountering the Roth choice for the first time. Plus, since higher income earners can’t invest in a Roth IRA, a Roth 401(k), or 403(b) might be a great choice for an older or higher-earning employee to take advantage of its benefits.

Rather than thinking about the decision in terms of making the right or wrong choice, or picking the best retirement vehicle, we like to re-frame the decisions about making a plan that’s the best mix for you and your goals.

Let’s say your income is 60,000, you contribute 15 percent to retirement, and you are in the 22 percent tax bracket. Pre-tax contributions in a 401(k) reduce your taxable income by the amount of your contribution. Let see how that could play out:

Example of Tax Savings for a Traditional 401(k) Contribution

*Based on 2020 tax tables for a single filer

**Contribution is also subject to Social and Medicare (FICA) taxes

With traditional savings in a retirement account, the amount you contribute to your retirement is removed from your taxable income—you’re not taxed on it that year. As you can see in the example above, there’s an immediate tax savings at contribution. Since you’ll know your tax rate the year you’re contributing, you’ll know exactly how much your savings is that year.

From there, your contributions will grow until retirement and you won’t have to pay any taxes until you make a withdrawal. Upon withdrawal, the full amount (including any gains) are taxed at the tax rates for the year they are withdrawn.

It’s impossible to know what your tax rate will be at that point, so you can’t concretely compare the savings you’re taking now with the savings you’d get at withdrawal if you’d gone with a Roth contribution. Generally, it’s thought that traditional retirement savings is a good idea during your highest income years when deductions are more meaningful and your income tax rate is higher, or when you’re closer to retirement age and you won’t benefit from decades of compounding interest. That said, traditional, pre-tax savings also makes it less expensive to contribute, since you don’t have to pay the taxes on those contributions.

Now let’s take a look at the tax-savings for a Roth contribution. Unlike traditional savings, Roth savings do not receive a tax deduction in the current year. Depending on your situation, this might mean you have less money to contribute to your retirement account. For this example, let’s imagine that the potential contribution is the same, minus those taxes.

Example of Tax-Savings for a Roth Contribution

*Based on 2020 tax tables for a single filer

**Contribution is also subject to Social and Medicare (FICA) taxes

Look at that big “unknown” in tax savings upon withdrawal. We can’t know for certain how much you’ll earn, or what your tax rate will be in the future. Both Roth contributions and gains are distributed tax-free upon retirement, as long as you’ve held the account for at least five years. Generally, this is a good option when you’re in a lower tax bracket now than you will be when you withdraw, since you’ll be paying less on the contribution now and you’ll definitely be paying less (as in zero) on the gains.

The younger you are, the more likely you are to find advice suggesting a Roth savings choice. That’s because of the beauty of compounding growth: your portfolio will accrue value and that value will accrue value—and you won’t have to pay taxes on any of it, no matter how large it grows.

Note: In both cases, withdrawals after age 59½ avoid early withdrawal tax penalties. Roth accounts also have provisions that allow for withdrawal of initial contributions in certain situations. Consult your tax advisor to determine the option best for you.

Choose both. The best news is that you don’t have to choose between traditional pre-tax and Roth savings option. You can split your contributions. Or, you can make an annual decision about which investment works better for you that year. Investing through both a traditional option and a Roth option is one way to create a diversified retirement portfolio and mitigate against your tax bracket at retirement being different than you anticipated.

Invest in a traditional 401(k) and convert to Roth. Maybe you’re not ready to pay the taxes on a Roth right now. Your “no” this year doesn’t have to be a permanent no. In fact, if you time a conversion properly, you can lessen your tax liability. Or, perhaps you have traditional 401(k) savings and you’d like to convert it now. A few signals a conversion could work for you: your traditional 401(k) has lost value, your income is low, or your deductions are very high. We recommend working with your financial advisor to figure out your Roth conversion strategy and with your employer to confirm that it’s available within your retirement plan.

Optimize your distributions. Once you hit 72, you’ll be required to take minimum withdrawals from your 401(k) regardless of its type. If you want to take more than the minimum, consider the tax implications of which savings source you draw from—if you’re in a lower marginal tax rate, you can withdraw from your traditional account. If your withdrawal would bump you into a higher rate, you can pull from your Roth savings instead. Additionally, if you are eligible for tax deductions in retirement, you’ll need taxes to take those deductions. A withdrawal from a traditional 401(k) can qualify you; you can withdraw just enough from that account to offset your deductions.

Use Roth 401(k) savings to save for your heirs. As long as your account will have been open for at least five years before your heir takes a distribution, they’ll be able to make those withdrawals tax-free. They won’t need to pay taxes or consider the tax implications of making any withdrawals. You’ll have already taken care of that for them.

Partner with a financial advisor. The right time to talk to a financial advisor is before you invest. Your situation is unique to you—just like your financial goals. Working with a fiduciary advisor means that you can work together to craft a plan for your retirement that works best for you. And because the question of investing in traditional or Roth 401(k) savings through your 401(k) isn’t a one-time choice, it’s a good idea to check in on your situation at least annually, so you’re making the best move for you each year.

I collaborate with our teams to develop creative solutions supporting our day-to-day operations and identify opportunities for continuous growth as colleagues and as a business.